compile it and check its assembly:

rep is repeat these instructions. ECX is the time of these actions and assign these value as ccccc…, since this is debug version. 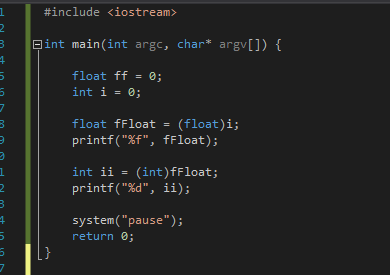 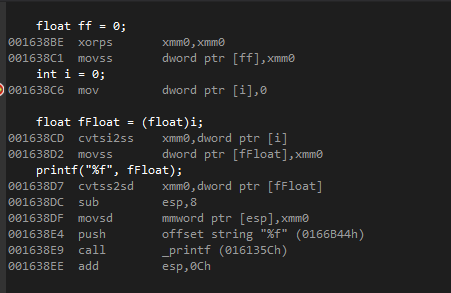 cvtsi2ss: Convert one signed doubleword integer from r/m32 to one single-precision floating-point number in xmm. 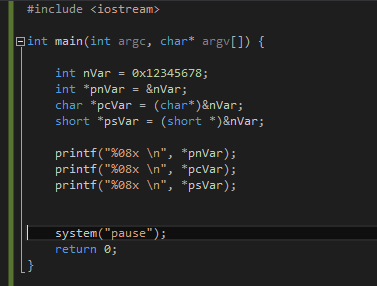 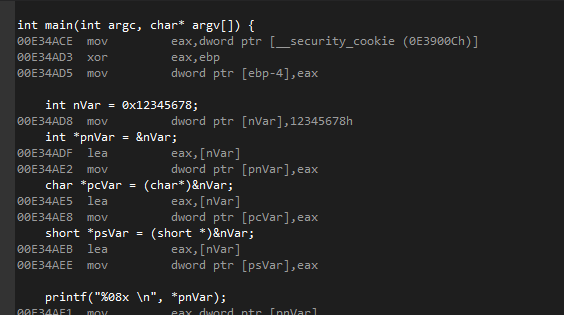 Pointer is 32-bits, thats why its type is dword ptr. But in the above, since data type is different, it uses dword ptr, byte ptr and word ptr. 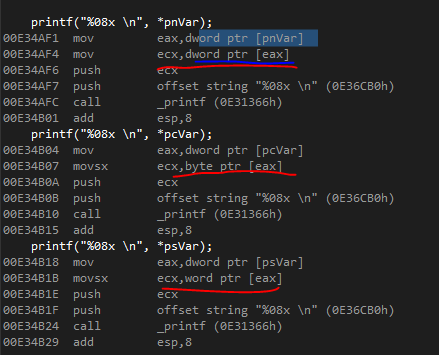 In C++, pointer can only use add and sub. (because it stands for address). 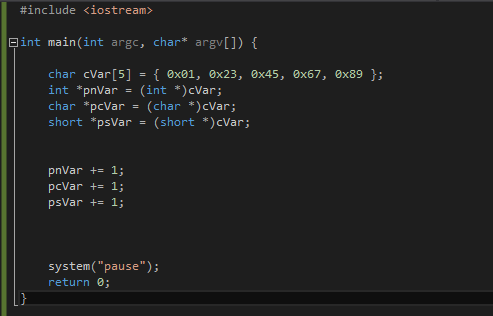 different types of pointer add 1 depends on its type: 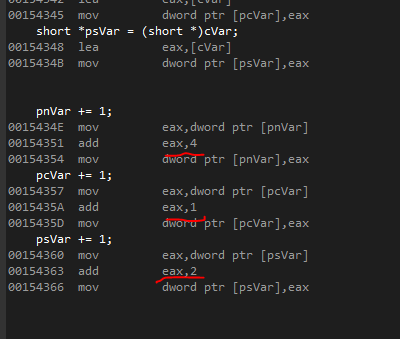 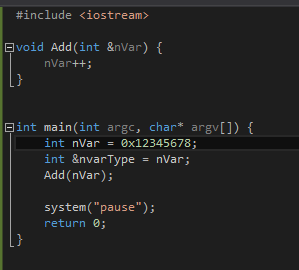 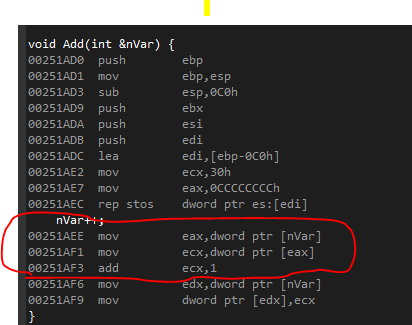 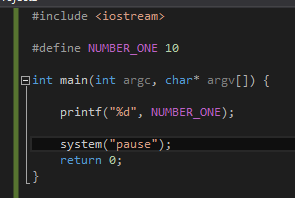 compiler will replace NUMBER_ONE to number 10: 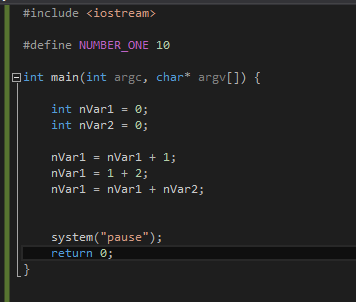 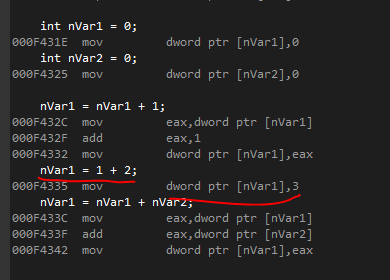 If we change the compiler options: 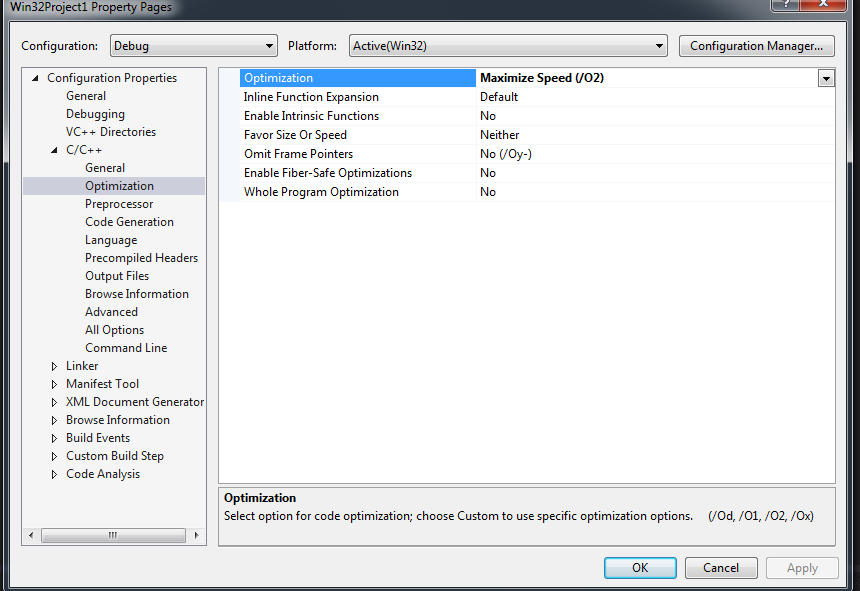 The final result will be much clear: 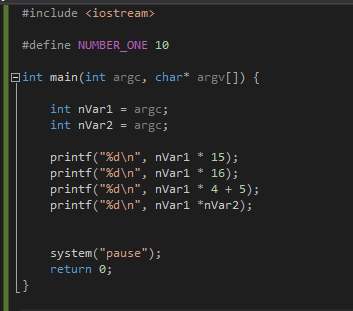 compiler will try to use shift instruction if the argument is 2 4 8 etc. Otherwise it will use mul or imul 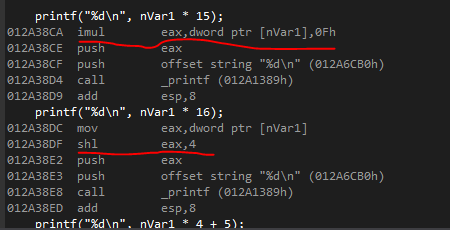 If there is a mixture of add and mul, compiler will use LEA instruction: 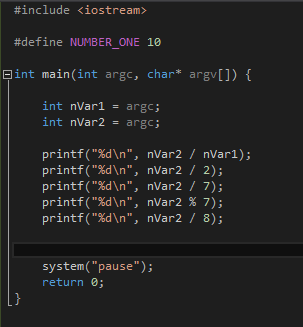 cdq copies the sign (bit 31) of the value in the EAX register into every bit position in the EDX register.